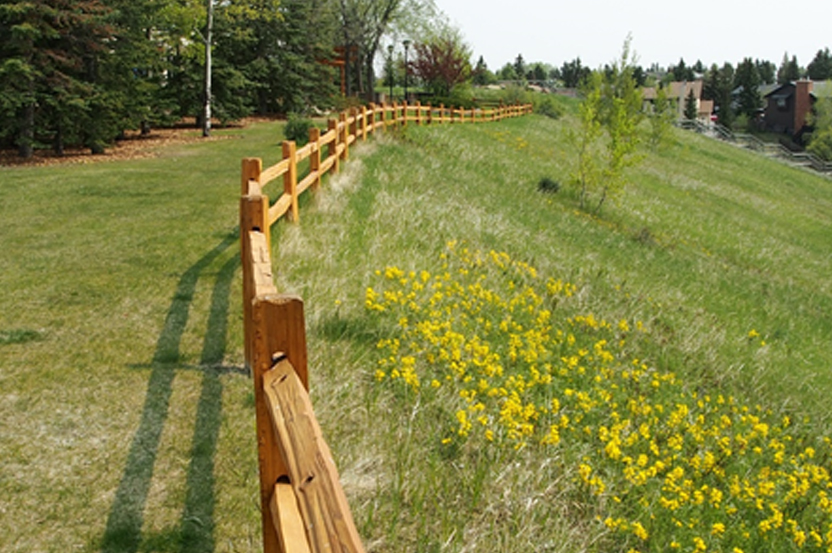 At the Edgemont Community Association Annual General Meeting reference was made to the unmanicured slopes around our community centre, (the “Parkland Project”) and elsewhere in the community. I would like to share with you a bit of history of the presence of the natural native prairie grassland developed beside the community centre. When the building was under construction the decision was made to put in a low maintenance native grass on the slopes instead of regular sod or grass seed which would have to be fertilized, mowed, and watered. Led by Dr. Rich Revel from the University of Calgary, with myself as organizer, over one hundred Edgemont residents transplanted native sod, bushes, and trees from a portion of the undisturbed prairie to the north of the community centre to the slopes.

The native sod was mowed and then picked up using sod cutters and re-laid on the slopes. I still clearly remember Len Zylik, a long-time resident, driving his old red pickup truck up the hillside to deliver loads of sod to sweaty and dusty volunteers. Clumps of Aspen and Wolf Willow from the soon to be obliterated prairie ecosystem (turned into lots for development) were scooped up with bucket loaders and replanted as well. In addition, several other native species such as Buffalo-berry, Bearberry, Shrubby Cinquefoil, and Alberta Wildrose were acquired from a local native plant greenhouse and planted. This project was supported by the City of Calgary and the Devonian Foundation and was used as a test bed for rescue and restoration of native species in an urban landscape. Many of the learnings from our project were applied in other locations, including Tom Campbell Hill Natural Park.

This was a ground-breaking effort in preservation of native flora and give our slopes a special character. We had 43 species of plants initially and after a few years were up to 73 species, the weeds that came in have been mostly choked out. Currently there is a fine crop of yellow bean flower blooming and there is a wide variety of grasses and low broadleaf plants only found on undisturbed native prairie. I am very proud of our community taking on the challenge of environmental preservation when it was not the fashionable thing. The prairie and trees have survived and thrived with little to no maintenance other than one spraying to deal with the Canada Thistle.

The ECA was very fortunate to have Dr. Rich Revel from the University of Calgary to guide us in this project. He was a long-time resident of our community and I believe he has retired to BC. He published a paper on our efforts a few years later, it was called “Canada’s Rough Fescue Grasslands, A trial restoration in Alberta is yielding encouraging results”. The paper can be found by searching online.

This is just one of our community’s stories and reflects the great vision which has led us to the present day and this community of which we should be proud. In our community, ravines and other slopes were left in as near to native condition as possible. There are ongoing problems with weeds that the city is responsible for and deals with. As residents of this community we are fortunate to have so much preserved natural environment to walk and cycle through. Remember to admire the natural bounty but please don’t pick the flowers, leave them for all to enjoy.

A view of the native vegetation on the slope which requires little maintenance contrasted with the sterile monoculture on the groomed lawn and gardens which require heavy maintance.

The native slope is also a great food source for native creatures, in this case a huge bumblebee 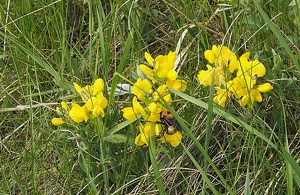 I can continue to write articles on the 40 years of community history if you’re interested. I can think of many community members from the past who could relate stories that have led us to the great community we all live in. Perhaps some of them can step forward? I think I will focus my next story on the unique relationship that has developed between the ECA and the Calgary Board of Education that resulted in a shared community centre and elementary school. This relationship has benefited the community greatly over the years and deserves to be explored. 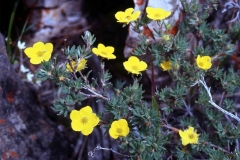 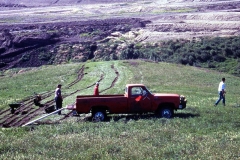 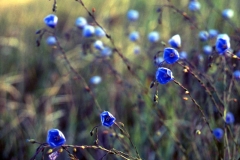 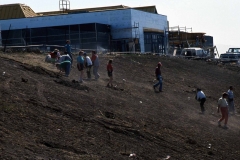 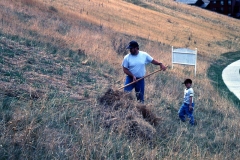 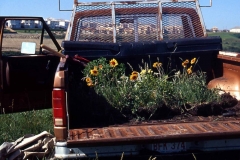 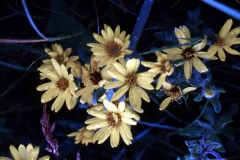 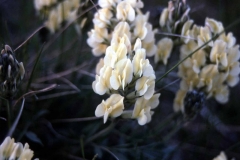 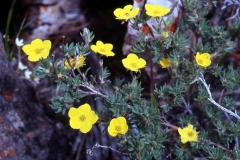 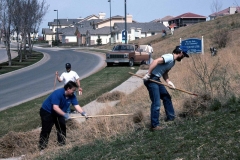 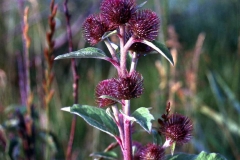 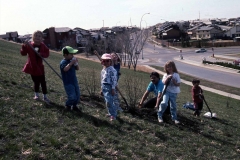 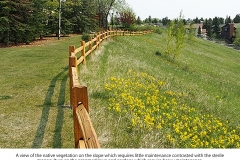