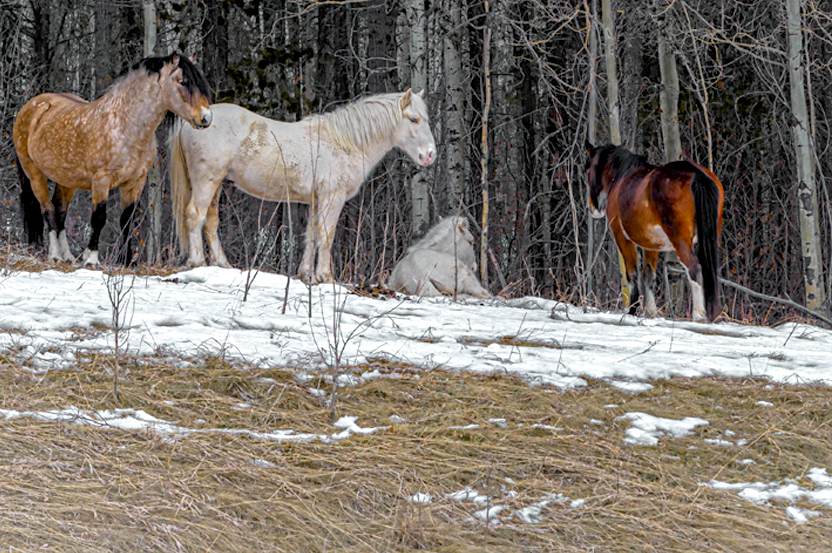 Back in the Day – Nose Hill Park

In 1973, City Council ratified the Nose Hill Park Design Brief, which established the size of the park at 4000 acres.  But in 1976, the City authorized a new subdivision, reducing the park to 2600 acres. Shaganappi Trail was built: Carma started developing Edgemont. When our family returned to Calgary in 1985, after being away for a few years, we bought in Edgemont.  I soon joined the Nose Hill Park Communities Board (12 communities surrounding the park) to represent Edgemont’s interests.

Its agricultural zoning allowed Glen Abbey Corporation and United Management to operate a horse-boarding and riding business.  J.F. Burns had a gravel pit on his 160 acres parcel.

Hartel, which held a large parcel on Nose Hill, proposed a zoning reclassification to City Council. A group of citizens, already organized, did a call out, and, in early March of 1979, on the Sunday before Monday’s Council meeting, more than 5000 citizens marched along John Laurie Boulevard to proclaim their support for Nose Hill.  Council listened.

Hartel wrote up an offer for the City to purchase its holding on the hill.  When the City coudn’t  meet its price point, Hartel went all the way to the Supreme Court of Canada.  By 1984, the Supreme Court decision was to give the City of Calgary the right to purchase land at its own pace while dismissing Hartel’s appeal with costs.

This was a thinly-disguised attempt to force the City of Calgary to purchase the rest of Nose Hill lands.

Developers convinced the provincial government, under Don Getty, to propose Bill B52. Yet another attempt to acquire rights to develop on Nose Hill, if passed, this legislation would affect municipalities throughout Alberta. The Communities Board launched an information campaign which led to the Province agreeing to share half of the $26.6m price tag to buy out private ownership in Nose Hill Park.