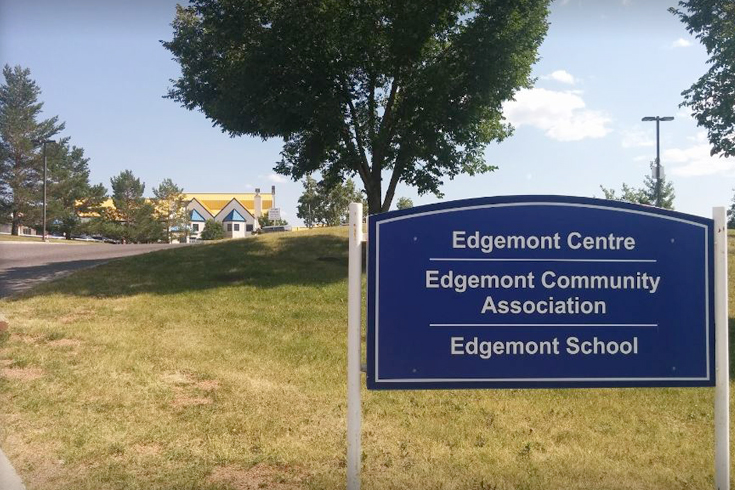 Back In the Day: ECA and Edgemont School Remain a Strong Partnership

Almost thirty years ago, about the time Edgemont Community Association volunteers had raised the funds to build a Community Centre, the CBE announced that our lobbying and population had earned us an elementary school.  The ECA Board approached the CBE to discuss the possibility of working together for our mutual benefit. Instead of two entirely separate buildings on the site, a vision was hatched to have some shared space, under the direction of a joint use agreement. This agreement was the first of its kind in Calgary.

The Community Association and the School had separate architects but a single contractor and created two functional facilities with a shared entrance area, parking lots, sidewalks and roadways. The joint use agreement stipulated roles and responsibilities. The most important agreement was that, during school hours, Edgemont School had sole use of the main hall (The Panorama Room) and some other rooms as added programming space, and in the evenings, weekends and on school holidays, the ECA got to use or rent out the gymnasium. Because of this agreement, the CBE built a junior high-sized gym for an elementary school, and the ECA was able to build a larger facility because of the access to the CBE parking lot space. Under the City’s rules, the square footage related to the number of parking spaces required as well as to the nature of building usage.

This agreement gave ECA access to what, at that time, was a $1million facility. The gym has been well used by the community over the years and is a key part of our rental income, being used for sports, meetings, classes, Scouts and even church groups.

The Joint Use Agreement has worked very well with remarkably few glitches over the years.  It is currently under review to address the need for a lock-down procedure. Edgemont School has a lock-down policy, and we now need to explore the details of making this work on the ECA side. Periodic review is needed for any agreement.

Amazing things can happen when creative, enthusiastic people come together to build something better. This arrangement with CBE was an early success for the ECA. Over the years there have been many connections made to the benefit of Edgemont residents.