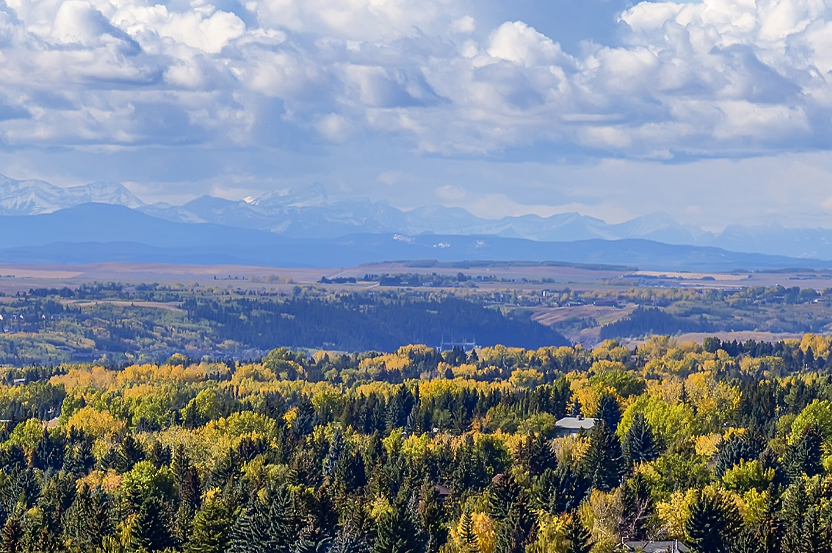 Edgemont is blessed with many volunteers who offer their time and talents to our community. This is the second in a series of articles to thank the recipients of our 2020 Volunteer Appreciation awards.

The 193 Edgemont Scouts group is the 193rd Scouts group to join the Scouting family in Calgary.   Over the years there have been many dedicated volunteers.  The ECA recognizes the specific contributions of Linda Connolly, Ross Laurie and Neil James who have over 50 years of volunteer Scouting leadership, combined

Linda has been a valued Scouts leader in our community over 25 years.  She first became involved when her son was in Beavers and has been a leader in Beavers, Cubs, Scouts and Venturers, and has even been Group Secretary for over 15 years.  Leadership is a family trait as her son has also been a Scouts leader.  Linda volunteered with the Edgemont Soccer program in it’s starting years as a co-organizer, coach and team manager.  Linda is also a volunteer with the Philatelist Club (stamp collecting) and has volunteered with the Westminster lunch program for over 5 years.  She has volunteered with the Edge program from the start and volunteered with Adopt-a-Park, looking after and taking care of the park area at Edgepark Way by painting the playground equipment, cleaning up trash and maintaining the sprinkler system.  Linda rolled up her sleeves to help tear down the old rink, and can be counted on to lead in everything from hampers, to exploring Nose Hill Park.

Ross has been an active member of the Scouts group since 2001 and continues to be involved in the program as the new Area Commissioner, Area 12 (Nose Hill West).  He has served as a Beaver Leader, Group Registrar, Group Treasurer, Fund-raising Coordinator and Group Commissioner.  For his service, he has been recognized several times, including the Medal for Good Service and Medal of Merit.   In late November his garage can be found full of boxes of popcorn ready to be delivered by the Scouts groups to many popcorn enthusiast as he helps coordinate the 193 Scouts annual popcorn drive.  Ross was also a key volunteer in the rink demolition and is always willing to help when asked.

As a Scouts leader over the past 10 years, Neil fosters leadership, citizenship and community involvement.  The Scouts and Venturer groups help every year collecting cash and food donations at the door at the November Craft Fair for the Christmas Hampers, where they also help wrap and organize gifts for families in our community.  He was a key volunteer in the rink demolition and is a go to person whenever help is needed.

Jonathan has organized, coordinated and facilitated Edgemont’s recreational soccer program for the past 15 years.  His children have been involved in the program with one moving up to play at a competitive level.  He also volunteers to help coach when needed.  He offers and facilitates coaching learning sessions for all parent volunteers.  He is dedicated to helping youth stay active and is a huge advocate for children’s physical literacy and well-being.

Edgemont Dental has provided generous support to the Christmas Hamper Program since the very beginning of the Hamper program.

Edgepointe Dental has provided generous support to the Hamper Program for many years, providing toothbrushes, toothpaste and floss for all the hampers.