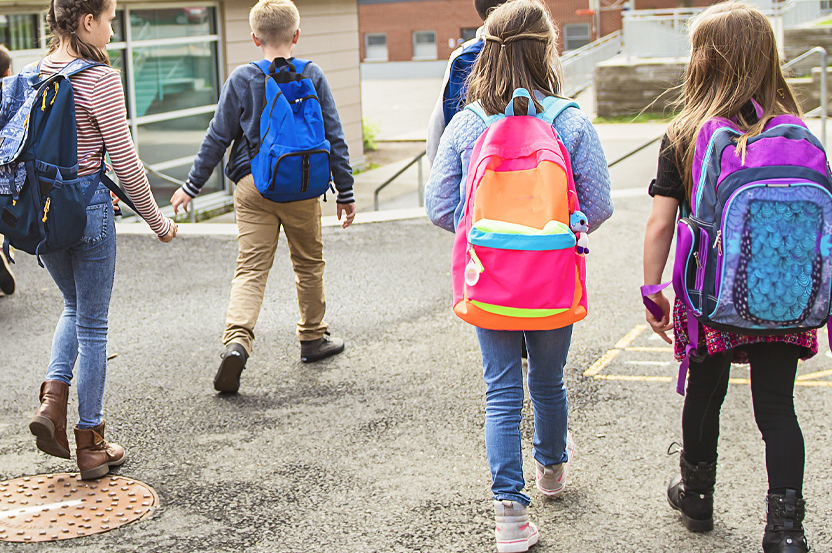 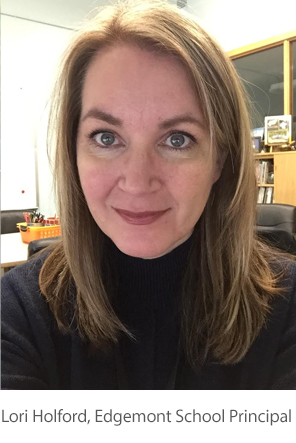 Editor Elspeth@edgemont.ab.ca Trained in Psychology and Education at the University of Victoria, Lori Holford began her teaching career in Revelstoke, B.C. She came to Calgary in 2001, joining the staff of Grant McEwan School as an English as second language and music specialist. Next, as a consultant for the CBE, Lori worked to improve classroom assessment and practices. This was her first taste of administration and she liked it, eventually taking a year’s sabbatical and obtaining a Masters of Education at the University of Calgary, with a dual focus on leadership and educational technology. Following Lori’s first Assistant Principal position at Ranchlands School, she moved to Belfast School, which encourages learning and engagement through fine arts. Within a year, Lori was Principal, a post she held for 4 years. The students of Belfast wouldn’t necessarily become famous singers, artists or actors, but Lori knew they could leverage their love and interest in the arts into seeing math, science and language arts in a different way.  So, why Edgemont School? Lori had a mental list of schools that she considered leading and Edgemont was high on that list. She had monitored the school over the years and noted its innovations in technology. Edgemont was an early adopter of SMART Board technologies, for instance. Its leadership in Indigenous learning was another area that impressed Lori. Lori’s philosophy is to recognise students for their strengths and to build on those strengths. She understands that young people learn and develop at different rates, whether struggling or gifted, and “every child should be challenged based on their own individual starting point. Keeping all students achieving and growing is the goal.” Lori sees the passionate teachers of Edgemont School, who are themselves committed to life-long learning, as great assets. Lori is aware of the special nature of Edgemont School and its integration with the Edgemont Community Centre. She looks on this symbiosis as an amazing opportunity with benefits for both the school and the community. When asked what else Edgemont should know about their new principal, Lori quickly replied, “I have strong standards for myself and for our students and I like to have fun. Fun creates the bonds and relationships that make learning both possible and meaningful.”  To that end, as a way to start the new semester and to introduce the new administration, Edgemont School will host a “CHALK THE WALK” get together the day before school opens, Monday, September 2nd (Labour Day) 5:00-6:00 PM. Bring your own chalk and write some positive messages on the pavement to welcome returning students.  Students, parents, teachers and community members are invited to join in.